Professional translation of films: bear the art of cinema to masses 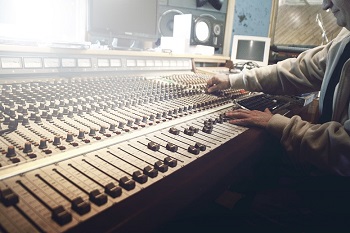 The best way to get acquainted with the world cinematography is to watch movies in original. But you need to be a polyglot, because apart from Hollywood, the main supplier of films in English, there is a French and Indian cinema, Latin American soap operas, Polish filmmakers, Japanese animation.

There is an opportunity to touch the art of the world cinema due to challenging work of translators in professional film translation. The current craftsmanship of dubbing is so high that, at times, foreign film is perceived as a native one, and only actors give their origin.
Professional multi voice film translation is the result of coordinated titanic work of translator, screenwriter, producer, sound engineer, voice-over artists. Translator performs the main work in film translation. Beside speaking practice and a well-developed phonemic hearing to perceive authentic speech from the screen, translator should be a good simultaneous interpreter.
By the way, this method of translation is rarely used, often translator works with the script, but to get it, we must first carry out decoding of audio tracks and record them.
Further work will be more convenient, because the roles and replicas of heroes are clearly defined, but translator must take into account the rate of speech in a foreign language and Russian to voice over actor could keep up with the original speech. Another detail that translator must take into account - language and cultural differences, especially audience thinking, which translation is intended for. This mainly concerns translation of names, phraseological units, replicas, rendering the national cultural identity, humorous sayings.
We offer professional services on translation of films:

• decoding of audio tracks and typing;

• translation of a script based on multi voice over;
• preparation of cutting scripts.
Cost of professional multi voice translation is discussed individually with the client, after we analyse the material received. For this purpose use the online cost calculation form or call: +7 (812) 409-38-84 to receive comprehensive expert advice.